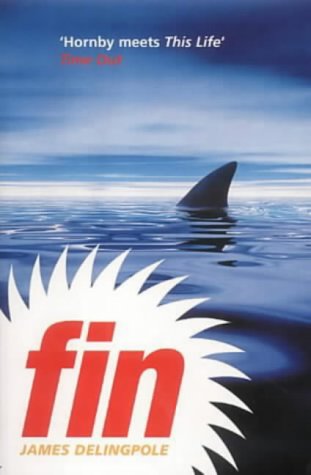 FIN is an autobiographical novel about a man whose greatest fear is that one day he will be eaten by a great white shark. At the end of the book, he confronts that fear.

I suppose you could call this a “cult novel”: ie it sold bugger all but the people who love it REALLY love it. It came out of a conversation I had with my friend Tim Rostron when I was casting around trying to decide what book to write next. “Write about the things that most interest you”, he said. So I constructed a book about drugs, shark fear and gardening. Then I cut out the gardening because it was too much.

You will dislike if: you really care about plots (there is one, but only just); you dislike raw honesty; you are left wing. Personally I think the only major flaw is the flouncing gay character, whom I introduced mainly to show that even though I’m jolly right wing I’m quite endearingly liberal on social issues. But I think he just comes across as mawkish. Also I’ve gone right off the man I based him on, who I now realise is a pompous tit.