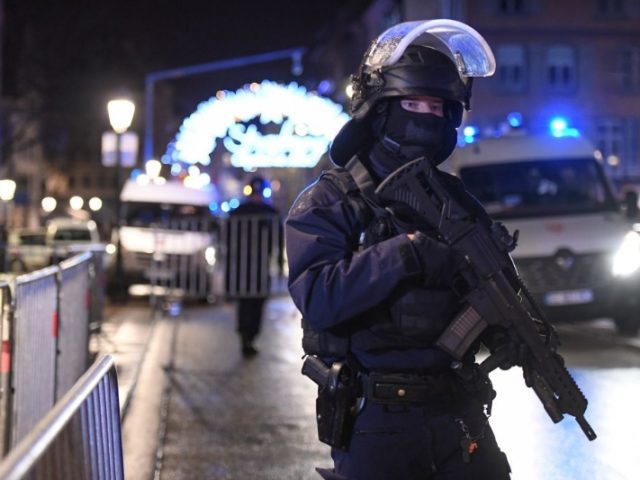 Can you imagine how horrible it must have been for those poor souls at the Strasbourg Christmas market killed or grievously wounded by yet another of those “lone wolf” terrorists yelling Allahu Akbar?

Actually, most of us can because most of us have been to a Christmas market. We know what they’re like: tacky, cheesy, boozy, expensive but kind of fun – exactly what you need to put you in the festive mood.

You drink Glühwein, or Apfelwein, or similar – and get a warm fuzzy glow, which takes the edge off your anxiety (of which more in a moment…).

You buy overpriced Lebkuchen – gingerbread men in the shape of Father Christmas or a snowman or even rainbow-coloured unicorns. 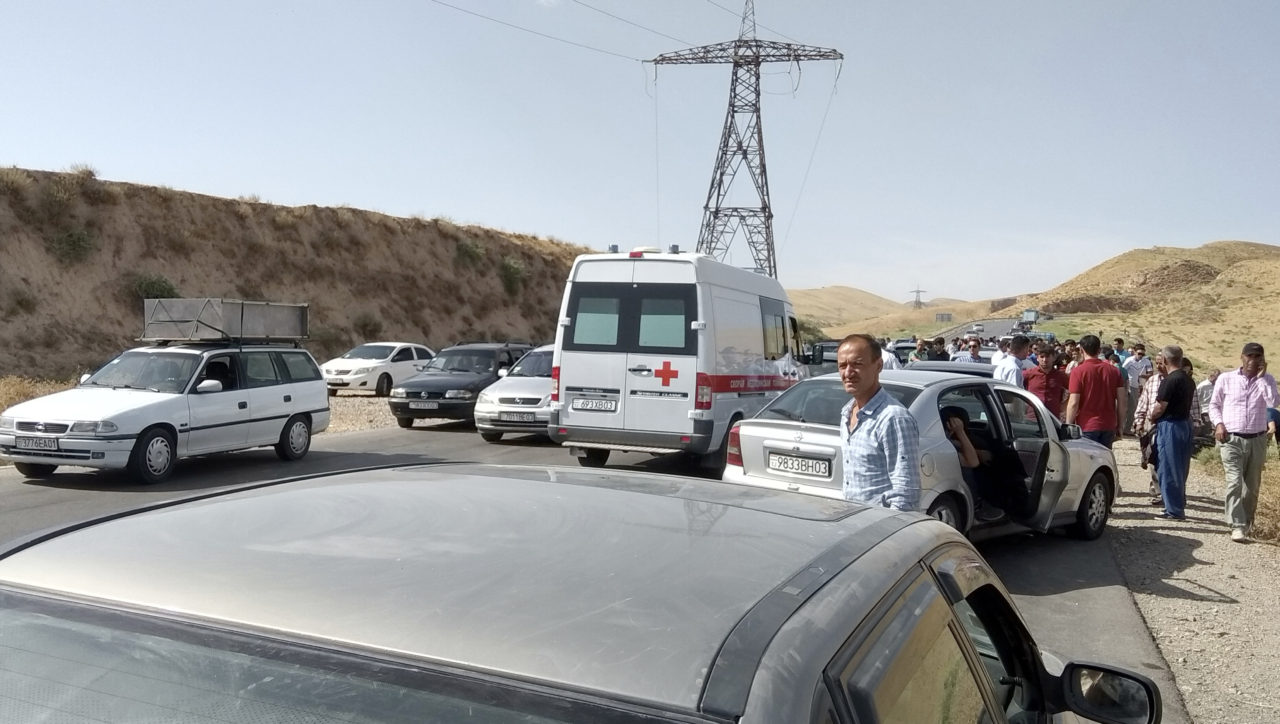 Liberal-leftism is a mental illness. To find out whether you are afflicted with this deadly and largely incurable condition here is a simple test based on recent events.

A man named Faisal Hussain has gone on a gun rampage in Toronto, killing two, wounding 13. His family – in a statement subsequently revealed by Toronto Sun journalist Anthony Furey to have been spun by a professional Islamist activist with links to the Muslim Brotherhood, with heavy support from Canada’s state propagandist CBC and the left-wing Toronto Starnewspaper – blames mental illness. But Hussain turns out to have had known jihadist sympathies, as is confirmed when Islamic State claim responsibility for the crime.

a) Think of the victims – especially the two fatal casualties (Reese Fallon, 18; and ten-year old Julianna Kozis) – and their heartbroken friends and families. Wonder when it’s ever going to end and how we’re going to deal with this intractable and worsening problem.

Whenever I’m trying to work out what I really think about another terrorist incident involving the Religion of Peace, the first place I always turn to is the BBC.

Whatever the BBC says I know for certain that the right view to take is the exact opposite.

And so it was last night on BBC News. A policeman had been stabbed to death; three passers-by had been deliberately mown down by a car on London’s Westminster Bridge, and another 29 injured, some very seriously. Clearly, this was yet another Islamic-State-inspired terrorist attack whose main aim was to inflict as much carnage as possible to as many innocent victims as possible until the perpetrator got shot.

Or so you might have thought, till you watched the BBC, which knew exactly what the real story was. Apparently, the tragedy of those dead and injured people, including at least one mother and several schoolchildren, was a relatively minor detail…

No, what the story was really about was that it was an assault on the heart of parliamentary democracy, a narrowly averted disaster which could have seen an actual MP get hurt and which, almost worst of all, meant that MPs and parliamentary staff and reporters and other inhabitants of the Westminster Bubble including the BBC’s own Laura Kuenssberg were forcibly cooped up inside the Parliament buildings for a few hours.

We knew this because one of the lead sections of the BBC’s coverage comprised amateurish footage that had been shot of Kuenssberg looking confused and trapped, wondering what was going outside. She was shown asking some other people trapped with her what was going on. They didn’t know, either.

But we did. That’s because by the time the news bulletin was broadcast at 10pm – seven hours after the incident – the story had moved on. We knew about the dead policeman. About the woman who’d jumped off the bridge into the river. About the poor chap who’d jumped over the parapet and fell 18 feet onto concrete. About the bearded assailant who’d died of his injuries not long after being shot by plain clothes police.

All of this was far more compelling and important and dramatic than anything Laura Kuenssberg might have experienced, hours earlier, during her unfortunate moment of temporary inconvenience under lockdown.

You could argue that this was simply a case of poor editorial judgement. Kuenssberg is, for better or worse, one of the BBC’s star reporters. Perhaps some cowed editor felt that her geographical proximity to the story – even though she hadn’t witnessed it or been able to do any useful reporting on it – justified giving her such prominence.

A policeman is stabbed to death right outside the Houses of Parliament: one of the most secure, heavily guarded areas, with more armed police on stand-by than anywhere in London.

Whoever the terrorist turns out to be he knew exactly what he was doing. The signal he sent out to the British people (and all the tourists who have ever visited Britain or are planning to visit Britain) was a very clear one: if we can get you here we can get you anywhere.

The killings happened beneath one of the world’s most famous landmarks: the tower of Big Ben overlooking Westminster Bridge and Parliament Square.

How many of us have not walked beneath it and mused nervously what a prime terrorist target it would be?

Then, probably, we will have corrected ourselves: “No, they’d never try it here. Too many police. Too obvious.”

Well, sorry. But they just did.

And now, as per usual on these occasions, the bien-pensant twonks on Twitter are seizing the opportunity to virtue-signal and dodge the issue by pretending it’s all about something else and nothing to do with the Religion of Peace (TM).

But apparently – so the left-liberal tastemakers assure us – it is too early to make political capital out of this.

Of course it was inevitable, but why did this sick sort of politicking have to come so soon? #Brussels pic.twitter.com/fgVGBeEzzg

I’m afraid I disagree. The time to make political capital out of atrocities like this is precisely when the bodies are still warm and the limbs haven’t been swept up. That’s because – you see this again and again from the Boston bombings to the murder of Lee Rigby to the Charlie Hebdo – our decadent, supine, relativistic, Western liberal culture would dearly love to pretend that these are rare criminal events which we should learn to take in our stride and to which we should not ‘overreact’.

And I personally think the people who have been killed and maimed so cruelly and unfairly deserve better than that.

If their deaths and injuries are to mean anything, then surely the very least we owe the victims is to ask ourselves honestly why this happened and how we can reduce the likelihood of it happening again. Getting squeamish about speaking home truths on grounds of “taste” does not honour these victims. It insults them.

Here is why this morning’s bombings happened: political Islam is at war with the West.

It may suit our complacency to reassure ourselves that we’re not at war with Islam but that’s not going to make any difference to the sundry Jihadist cells now plotting even bigger atrocities all over the world.

They understand perfectly well what’s going on even if we refuse to.

For the basics, read John Ware’s superb profile of the Muslim Brotherhood in Standpoint.

Political Islam has absolutely no interest in finding any accommodations with what it considers to be our worthless Western culture. Its aim is total conquest. To deny this is a bit like reading Mein Kampf and going “Yeah but he doesn’t really mean it.”

This is why, increasingly, immigrant Muslim communities are failing to integrate with their host countries in the West, be they the US and Canada, those in Europe or in Australasia. Even if you believe that practitioners of “soft” Islam are in the majority, the moderates don’t stand a chance against the aggressive proselytising of the fanatical hotheads.

The situation is not unakin to that of Germany around 1933. Up until then, many if not most Germans had found Hitler’s short-trousered, strutting, zealots to be vulgar, unpleasant and not at all where they wanted to be politically. But the aggression and ruthlessness of those zealots overcame all resistance, so that even the moderates who despised them found it easier to endorse them and go with the flow. I’m sure there are lots of lovely Muslim families from Bradford to Molenbeek who’d prefer their daughters to be subject to British and Belgian law rather than the de facto jurisdiction of their local sharia courts. But I’m not sure it’s an option open to them.

a) agents of Vladimir Putin

Ooh tricky one. Before I give my answer, can I just make one thing clear: I’m not in any doubt of the devilish capabilities of Putin and his Federal Security Service (FSB). As the detailed report last week by High Court judge Sir Robert Owen made clear, they were almost certainly responsible for the clandestine assassination using Polonium-210 of the naturalised UK citizen Alexander Litvinenko. It also seems more than likely that theymurdered Gareth Williams, the MI6 agent whose body was found mysteriously zipped into a sports bag.

Putin, quite evidently, would not be any liberal Westerner’s idea of the perfect Russian president: everything from his killing of journalists and political opponents to his monstrous corruption to his meddling in Ukraine (and even Western allies like Estonia) is proof enough of that.

All that said, the answer is still b)

And I think that may explain the curious response to a BBC radio phone-in I heard the other day where callers were giving their verdict on the Litvinenko report. Basically – and much to the chagrin of the show’s presenter – none of them gave a damn. They thought it was a Russian problem, not a British one. Yes, Litvinenko may have been a UK citizen – but he was also a former FSB agent. This is just the sort of thing that happens in the murky world of espionage, went the callers’ thinking. We’ve got bigger things to worry about.

Now I’m not saying they’re right to be quite so blasé about Putin. Clearly, it is an arrogant provocation when foreign intelligence services murder our own citizens — putting other citizens at risk of Polonium-210 poisoning — on our soil. Also, Litvinenko was a decent man — with a wife and son — doing good work exposing the links between organised crime and the Putin regime.

But I do understand the sentiment behind it which seems to me to show a grasp of Realpolitik quite beyond that of our naive political leadership.