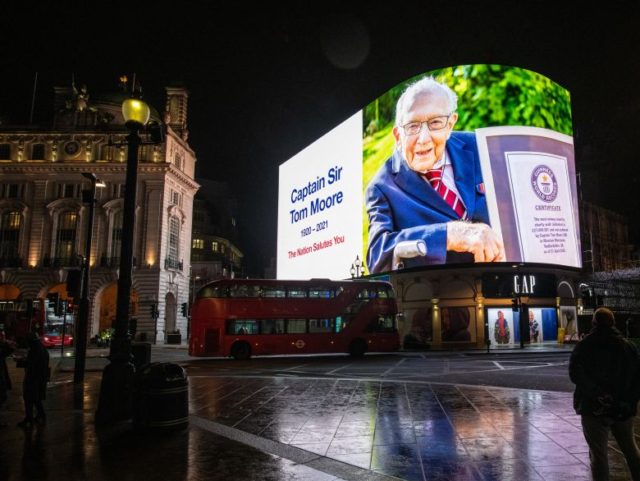 ‘Captain Tom’ has died and I can see already that this is going to be another of those ‘Death of Princess Di’ moments.

Yet again, the United Kingdom will be divided between those who think the death is of almost unimaginable significance – and those who wonder why so much fuss is being made about the demise, in this case, of a charming gent at the impressive age of 100.

Captain Tom Moore, for those who’ve somehow managed to avoid the MSM’s endless coverage of his adventures, was an elderly war veteran who rose to prominence last year when he decided to raise money for charity by walking up and down his garden on his zimmer frame. He initially aimed to walk 250 metres a day, till he had reached his 2.5 kilometer (1.5 mile) target. But then he kept going and so caught the public imagination that he ended up raising nearly £33 million for charity.

Among the many honours showered upon him were: a knighthood; a personal letter on his 100th birthday from the Queen, together with 150,000 cards from well-wishers; a flypast by a Hurricane and a Spitfire from the Battle of Britain memorial flight; a number one single (duetting with Michael Ball); a train, a bus, a police dog, a horse and a powerboat named after him; a Blue Peter gold badge; a place in the Guinness Book of Records; several TV documentaries; the honorary Colonelship of the Army Foundation College; the captainship of the England football team’s ‘Lionheart’ squad, presented by David Beckham… 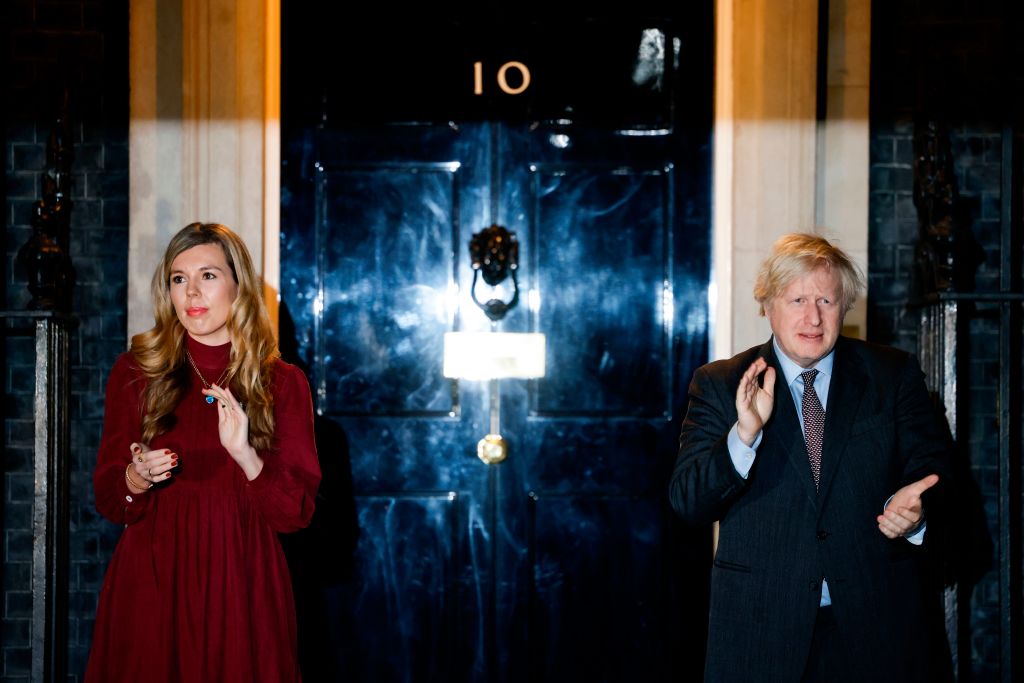 Britain’s Prime Minister Boris Johnson (R) and his partner Carrie Symonds (L) clap outside 10 Downing street in central London on February 3, 2021 as they take part in a national clap for Captain Tom Moore following his death and NHS staff. (Photo by TOLGA AKMEN/AFP via Getty Images)

Not a bad set of achievements for a centenarian and, of course, it made a great ‘gift that goes on giving’ feel-good story for the MSM to promote endlessly. But the story had a darker side too – which, of course, none of the politicians and media influencers now ostentatiously mourning the news of Captain Tom’s death will admit.

The darker side is, of course, that through absolutely no fault of his own, Captain Tom became an unwitting instrument of state propaganda. He fitted the bill perfectly. Not only was his chosen charity one called NHS Charities Together, but he had served as an officer in World War II, mainly as a tank and motorcycle instructor.