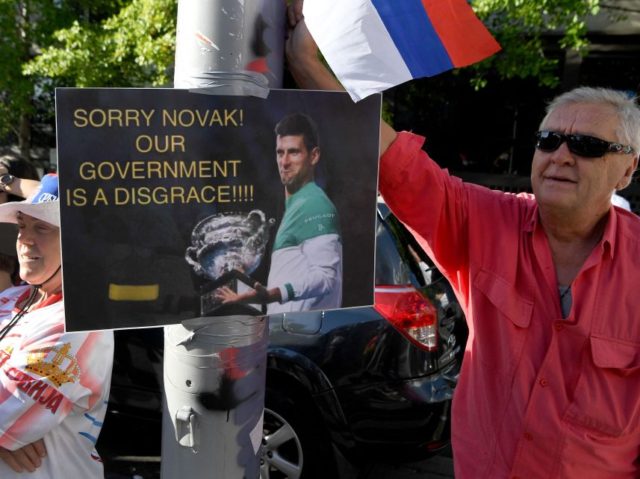 Traditionally Australians hate being confused with New Zealanders and vice versa. The Antipodean rivalry runs deep. But any minute now I expect a rush of Australians trying to disguise their accents, pronouncing ‘Yes’ to rhyme with ‘Piss’ and calling ‘fish and chips’ ‘fush and chups’, boasting about their Lord of the Rings scenery, and praising their horse-faced, pipe-smoking, Beijing-controlled Prime Minister – all in a desperate attempt to pretend they are Kiwis.

Why would they do such a thing? Because Australia has stolen the crown previously held by Canada (or arguably New Zealand) as the most embarrassing country in the world. It’s not the Australian people’s fault (well, only a bit: they can’t help being descended from convicts and prison warders) but the fault of their heroically useless political class. Peevish, petty, bullying, irrational, slippery, dishonest, CCP-controlled, authoritarian and quite epically thick, Australia’s governing class is so inept and wrongheaded that it threatens to make even Kazakhstan’s look like a model of integrity.

Yet (in what the world’s headline writers are all wittily describing as an ‘unforced error’) this is what Australia has just gone and done. Djokovic flew over from his home in Serbia to play in the Australian Open. But instead of being welcomed by the Australian authorities (who ought surely to be desperate for a bit of bread and circuses to distract the increasingly fractious populace from Australia’s Covid Nazi impositions), Djovokic found himself chucked into a grim and spartan quarantine hotel as punishment for not having been vaccinated.

Djokovic is fiercely, committedly anti-compulsory-vaccination and refuses to discuss his own vaccination status. This was widely known before Djokovic flew to Australia. Not without reason is he nicknamed ‘Novac’. So to ensure his appearance in the tournament Tennis Australia (which organises the Australian Open) chose to give him a ‘medical exemption’ from Australia’s strict regulations which require visitors to the country to be fully vaccinated.

Mr Djokovic’s visa has been cancelled. Rules are rules, especially when it comes to our borders. No one is above these rules. Our strong border policies have been critical to Australia having one of the lowest death rates in the world from COVID, we are continuing to be vigilant.

You can argue that this is a case of ‘one law for celebrities and another for the plebs’. But this, for better or for worse, is how the world works. The private jet class – Hollywood stars, corporate executives, politicians etc – has been flouting vaccine rules for the last year or so. Bankable top talents have always been given special treatment so why, you might counter, should it be any different with vaccines?

If Australia’s government had taken this pragmatic approach to Djokovic then it wouldn’t be in the mess it’s in now.

Instead, it decided to make a political example of him by rescinding his exemption, cancelling his visa and incarcerating him in a quarantined hotel. ‘Rules are rules’ declared Scott Morrison, Australia’s kitten-weak excuse for a Prime Minister, presumably trying to appeal to the Aussies’ pathological chippiness (or, as they’d call it, their ‘sense of fair play.’)

I’m pleased and grateful that the Judge overturned my visa cancellation. Despite all that has happened,I want to stay and try to compete @AustralianOpen
I remain focused on that. I flew here to play at one of the most important events we have in front of the amazing fans. 👇 pic.twitter.com/iJVbMfQ037

Djokovic’s battles may not be over yet. It’s entirely possible that the Australian federal government will decide to play hardball, overrule the court’s decision, rescind Djokovic’s visa and deport him back to Serbia.

But regardless of what happens from this point on, Djokovic will be the winner, and the Australian government very much the loser.

These comments from Twitter – under the hashtag #Australiahasfallen and #IstandwithNovak – give an indication of the popular mood.

This is nuts. Australia are losing their minds. If Djokovic and every other visitor just does a LTF, proves they arent carrying the virus…then thats sufficient. Why drag humanity through the gutter with this ridiculous vaccine mandate stance. #NoVaccineMandates #istandwithnovak https://t.co/cyQFkyBPyd

➡️ If Djokovic wins his case in Australia if I was him I would jump on the first plane out of there and never return.

The tyranny of the Australian Government should never be tolerated by anyone.#BoycottAustralianOpen

The Australian government sought to make a high profile example of Djokovic. Instead, it has ended up with egg all over its face.

Had the Australian authorities turned a blind eye towards Djokovic’s vaccine status there would have been complaints from certain quarters. But the furore would not have been nearly as great as the one that Australia’s foolish behaviour has now generated.

Up till now, surprisingly little of the world’s attention has been focused on Australia’s descent into biosecurity totalitarianism. That’s because, sadly, for geographical reasons, most people consider Australia to be a far off country of which they know little and about which they care even less.

By picking on one of the world’s most famous sporting superstars, though, Australia has suddenly drawn attention to itself. The rock has been lifted and (no disrespect to the Australian people, only to their appallingly useless political class) and the underside has been revealed to be swarming with cockroaches.

Make no mistake, Australian federal government v Novak Djokovic has been utterly disastrous for the cause of vaccine passports and vaccine regulations.

Djokovic emerges as a bigger hero than ever before.

Australia’s image will not recover for years.