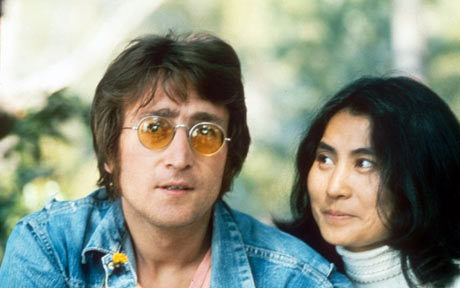 You know what? I think the answer’s probably no. But why let that get in the way of the delicious schadenfreude I’m feeling right now over the recent claims by his former personal assistant Fred Seaman – and the apparent discomfort it is causing lefties.

In new documentary Beatles Stories, Seaman tells filmmaker Seth Swirsky Lennon wasn’t the peace-loving militant fans thought he was while he was his assistant.

He says, “John, basically, made it very clear that if he were an American he would vote for Reagan because he was really sour on (Democrat) Jimmy Carter.

“He’d met Reagan back, I think, in the 70s at some sporting event… Reagan was the guy who had ordered the National Guard, I believe, to go after the young (peace) demonstrators in Berkeley, so I think that John maybe forgot about that… He did express support for Reagan, which shocked me.

Over at the leftie Nation, historian Jon Wiener is having a massive sense of humour failure at this outrageous slur on a man probably second only to Che as an icon of international left-wing street credibility.

First of all, who is Fred Seaman? He’d been a personal assistant to John and Yoko at the Dakota in the late seventies, but he’s also a convicted criminal. He was found guilty of stealing John Lennon’s personal belongings, including his diaries, after Lennon had been killed. He was sentenced to five years probation.

Yeah. You might, Jon. I on the other hand like to think that the story contains a kernel of what you might call Hari-esque emotional truth. I mean, Lennon was a maverick figure. The taxes in New York where he spent his last years are incredibly high. Intelligent people do tend to grow more right wing as they get older. And besides, how could you write a song like Imagine and not grow increasingly embarrassed by the sixth-form revolutionary crassness of those lyrics about a world with no possessions? Would it not corrode your soul to the point where you found yourself suddenly possessed of an insatiable urge secretly to donate millions of pounds to the Republican Party, and possibly the National Rifle Association too to make amends for all the tiresome left-wing propaganda you foisted on the world in your misspent youth?

One thought on “Was John Lennon a secret Reagan Republican?”