Summer sea ice is causing havoc for shipping in the Arctic. This is the same Arctic sea ice that climate change experts predicted would have vanished by 2013. 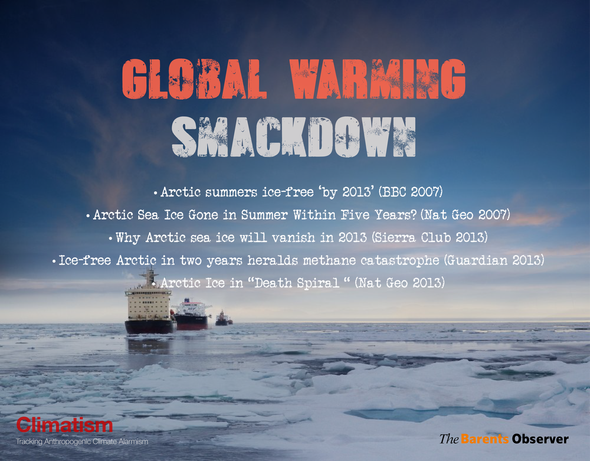 According to the Barents Observer:

It is late June, but the winter has not abandoned the Gulf of Ob. The shallow bay, which houses two of Russia’s biggest Arctic out-shipment terminals for oil and gas, remains packed with fast ice.

It has created a  complicated situation, Rosatomflot says. The state company which manages the Russian nuclear-powered icebreakers, confirms that  independent shipping in the area is «paralysed» and that LNG carriers and tankers are stuck.